The MCO and us

How do we treat the less fortunate during this pandemic season? 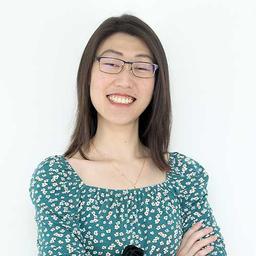 Some time back, my husband and I found ourselves out and about at dinner time. It’d been a while since we’d gone anywhere so we thought we’d have a quick meal out. What we hadn’t planned on was 80% of restaurants in the area closing at 8pm. We went from one place to another in hope of finding somewhere that would cater to people who get off work after 7pm but were met with apologies at each one.

We finally ended up at a coffee shop where we followed the arrows marked on the floor in red duct tape – this way in, and that way out. The coffee shop owner took our temperatures and pointed us towards the ubiquitous QR code on the wall before ushering us to a table for four where we sat diagonally opposite from each other.

As we waited for our food – which turned out to be the biggest bowls of curry noodles we’d ever seen – we noticed an old man, bent over with age, moving from table to table.

When he reached ours, we saw that he was selling small packets of peanuts. He smiled and said he was sorry for bothering us, but did we want any? Going on auto-pilot, we smiled back and said thank you, but no. He nodded with the air of one accustomed to rejection and began moving away.

He was perhaps three feet away when we realised what we had done. We looked at each other, then looked at his retreating back and called: “Uncle!”

He came back, smiling again, and we bought three packets of peanuts from him. When he fumbled at the pouch around his waist for our change, we said never mind. He wished us a very good week ahead, then moved off to the next table which was occupied by a group of men enjoying a beer. As our noodles arrived, we saw one of them wave away the peanuts, pull out his wallet and give the old man a folded bill.

More recently, I heard a story about a worker at an F&B shop who, frazzled by the long line of customers, accidentally charged one of them too much. The amount was a fraction of the price of the drink – less than 3%. When the customer confronted her and she realised what she had done, the worker tried to explain that she had pressed the wrong button on the cash register but the customer refused to accept her explanation.

Instead, he proceeded to express his disappointment with the shop’s “irresponsible” behaviour, “especially during this time of MCO”, in not clearly stating the prices for the food and drinks served. When told that the prices were in fact listed out on a large board beside the counter and that what had happened was an honest mistake, the customer began insisting that the worker had been rude to him. It was no longer about the money, he said; it was about the worker’s lack of manners.

It’s up to us whose word we take. The general sentiment of course is that the customer is always right. In any case, believing a worker over a respectable middle-class consumer is usually left to activists who apparently have nothing better to do than to defend the rights (they have any?) of foreigners, most of whom are probably here to steal our jobs, anyway.

But regardless of whom we believe, I cannot help wishing that more of us would choose to show the same spirit as the man sitting at that coffee shop with his beer and his friends, who thought it was important to show kindness to someone in a less privileged situation – especially during this time of MCO.

It is natural for the MCO and its effects on the economy to be at the top of our list of concerns, and certainly on principle what we see should be what we get. But there are also other principles to be taken into consideration, including the importance of giving others the benefit of the doubt instead of shutting them down because we think we can.

And if we are truly concerned about the economic situation, perhaps we should remember who will feel the pinch first. The poor, the disabled, foreigners, the unemployed – if we are not in any of these categories, then we can afford to show some consideration to those who are.

Sometimes, this might mean giving to them out of our relative plenty. Other times, it might simply mean showing them enough respect to listen to them no matter how indignant we are.

October unemployment at lowest since start of pandemic

One killed in massive fire in Moscow shopping centre

Ahead of top party meeting, Umno leader tells govt to go after judge Nazlan and 'fair trial' for Najib

Bar warns against attempts to paint Najib's trial as unfair

Analysts see no PN wave in Selangor yet despite election gains