Malaysia should not wait to become a full-fledged democracy to implement new forms of democratic participation, as such innovations would support the democratisation process. 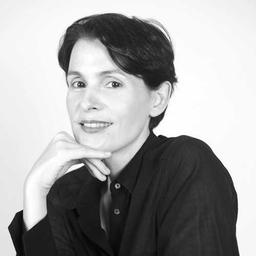 Sophie is a political anthropologist and a former fellow at international institutions including Harvard and Stanford University. Founder of KL-based political consulting firm SoCo and editor of book series and blog "Malaysian Politics and People", she holds a master's and PhD in comparative politics and a master's in geopolitics.

Elections are the crystallisation of political history: a moment in which one may see what the system is made of. They are like a snapshot of the country’s political dynamics at a certain point in history.

The election cycle includes the pre-election, election, and post-election period. Along this cycle, academics look at many elements including the debates, manifesto, nominations, media coverage and polling process to measure the quality of the election, and to weigh the degree of democratisation in the country.

The GE15 campaign having started, speculation is now going strong about possible outcomes: will Malaysia's democratisation progress or reverse?

Many threats have emerged in liberal democracies, including institutional rupture, the manipulation of digital platforms and the absence of common narratives. These threats are the expression of a hostility towards democratic values and the main symptom of a global erosion of trust in political power.

All types of regimes are challenged by this phenomenon. While Malaysia is not yet a liberal democracy, it can indeed suffer from the same dysfunctions that challenge mature democracies. This means Malaysia is at a complex moment of its political history, somewhere on the long road toward democracy, and already challenged by the lack of participation or faith, or both, of citizens in the democratic process.

It was this erosion of trust in the political representatives at the time that led to the historical political change in 2018 when Barisan Nasional (BN) lost its political monopoly of six decades to Pakatan Harapan (PH).

This change was perceived as a major step towards greater freedom, even if this new democratic ideal – branded by PH as the New Malaysia – was being brought to Malaysians by the controversial figure of one-time-autocrat-turned-democrat, Dr Mahathir Mohamad.

However, the incessant political manoeuvres of PH and its successors became reasons for the further deepening of Malaysians’ disenchantment with democracy.

In a country where the same coalition had ruled for over 60 years, three governments in four years does not sound like democracy but political chaos. Chaos has, for 60 years, been the "fear factor" used by BN to remain in power by claiming that a power change would bring about instability.

BN was right as, in any system, the end of a monopoly opens up the possibility of political shifts, and greater political freedom means an expansion of the political offer and the fragmentation of historical blocs. However, if political change is expected and a sign of a healthy political system, politicking is not as it may reverse electoral choices.

The reversion of election results and the abuse of the people’s choice goes directly against democratic principles and leads to democratic disenchantment. We have witnessed the consequences of the perception by part of the US electorate that elections were "stolen", and their electoral choice thus not respected.

While this narrative was a mere orchestration or alternative reality, built by part of the Republican party, it was nonetheless a reality to the Trump supporters who resorted to extreme violence.

The real "fear" of any regime should indeed be the erosion of trust, as political boredom and lassitude trigger the very symptoms of political illness, and in extreme cases, lead to episodes of violence. Is there any cure?

In the wake of the erosion of trust in democratic institutions and to support and encourage the power shifts called for by many citizens, it is necessary to invent and promote alternative forms of political participation and governance. Malaysia should not wait to become a full-fledged democracy to implement new forms of democratic participation as such innovations would support the democratisation process.

Without over-idealising its potential, the experiences of citizen participation, whether ad hoc citizen assemblies or government-instigated citizen panels, have been conducted in Western democracies with some success. According to the Carnegie Foundation Europe, citizen participation can contribute to "rebooting democracy and creating at least a partial antidote to illiberal populism – to the extent that it addresses citizens’ frustration with not having an impactful say in public policymaking".

One of the areas in which citizen participation has shown interesting prospects is in the decision and implementation of solutions for the environment, sustainability and regenerative economy.

Climate change, induced by human activities, is impacting both urban and rural folks globally, but even more urgently, tropical and south-hemisphere countries in general. The shift of the Southern Hemisphere Westerlies poleward and the alteration of tropical rainfall patterns lead to an increase in natural disasters.

The fact that southern hemisphere countries, while being the less responsible for green gas emissions (with the exception of Indonesia and Australia), are the first to be impacted is well documented. Additionally, the lack of infrastructure, political will, and resources to develop both coping and prevention mechanisms are aggravating factors.

Malaysia’s awareness about climate issues is still recent, and the government has yet to implement any new policies. However, the question is not entirely absent from this campaign’s manifesto. Because the framework in which the government will respond to the urgency of climate change is rather new, it seems the best place to develop the direct involvement of citizens in decision and implementation mechanisms.

However, citizen participative innovation must be thoughtfully implemented as previous experiences in Europe indicate the need for selective participation to ensure the fair representation of every group in order not to reproduce education and social inequalities. It should in fact "improve other forms of democratic accountability, rather than undermining or overshadowing them".

At the end of the day, elections remain the most effective democratic tool – in a context where the process is conducted fairly. We can only hope the new government to be elected by Malaysians will show a little bit of creativity and design solutions to reverse both the erosion of trust and the erosion of natural resources.

Myanmar families plead for help after 7 students sentenced to death

DAP under fire over fundraising campaign for defamation suit