A foodie is a manifestation of globalisation. 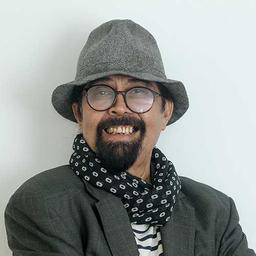 Sometime in the 80s, the word “foodie” appeared. I cannot remember where I first stumbled on it. It could have been The Guardian’s food and wine section.

Well, I thought a foodie was a kind of Irish stew. No, I was wrong. After a glass of red wine… oops, wrong, after a carafe… wrong again… after a bottle of Bordeaux, I had an epiphany. Foodie had nothing to do with Irish stew, nor with the Hoodie Black youth in Brixton. Foodie and hoodie were two entirely different continents.

Globalisation brought with it new cross-cultural experiences. I must put it on record here that before Tony Fernandes, there was Freddie Laker. Laker offered the first no-frills transatlantic services on Lakers Airways. He operated the Sky Train from London to New York in the late 70s. The well-occupied AirAsia which came later in the 90s was the creation of Fernandes. Laker is a Mat Salleh while Fernandes is a budak Melaka.

When travelling becomes cheap, the concept of a dirty weekend takes on a whole new meaning. Golok and Padang become so yesterday. Now, Bali and Hanoi are just around the corner.

Once upon a time, travelling was reserved for lords and dukes, the rich and the wealthy. Cheap airlines changed all this. Cheap air tickets have democratised travelling. Thelma and Louise, Dollah and Sami, are now hitting the road.

Now, travelling is about Tapai. The fermentation of human desire. Amen.

Hishamuddin Rais’ Tapai, on food, travel and everything in between, appears once a month on MalaysiaNow.

Apples and oranges, analysts say on comparing Khairy with PMs sacked from Umno