The day the doves sang

The fight continues but those in it struggle on together. 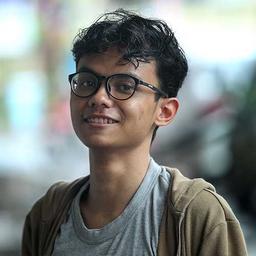 In Forough Farrokhzad’s “The House is Black”, she laments the state of humanity and the leper community that lives on the edge of humans’ concern. As a being, the community was like a cage full of birds, filled with the moans of captivity. Her doves wish for deliverance as they cry out for justice, but there is none.

She prayed to God for her doves not to be entrusted to the wild beast. Here in the moment as the sexual minority community in Malaysia anticipated the decision to be made on a Thursday morning, I believe all around seats warmed by hopeful and hopeless individuals, the space was filled with the same prayer.

The prayer was answered, and the doves were given the deliverance they had hoped for.

The quiet nervousness of the community prior to the announcement was quickly replaced with cheers and embraces. People rejoiced and celebrated the decision not for themselves, but for the community they were in. The emotion was shared not because the struggle was theirs alone, but because it was a struggle that they had gone through together.

The history that was immortalised by the event was a history of a community. Just like what can be found about battles of opposing definitions of justice, the battle won was because a community braved through it together. The individual emotion that made the noise transmit was emoted by the others in the community. From ripples to waves, they crashed through their hurdle as a being.

They knew as well that the fight for liberation from their struggle was far from over. New fear and worries rose, and doubts and suspicions about how things would turn out was also a concern. But as long as they know that the fight is a shared one, they will be fine.

On the evning of Feb 25, as I smoked as usual in my little sanctuary at my campus, I could see the sun setting over a Selangor flag in the distance. The sunset was the brightest I had ever seen. In the spectacular brilliance of the evening sky, the hope of the community was battling against the lights to see who could shine the brightest.

It was hot throughout the day as well. I know that the dog days are not yet over and that the heat will never be taken off the community’s back. But at least the day was kind enough to blow a little breeze over the land and the community, to dry the sweat and tears shed over past hurt, to make ways for tomorrow when the community may live as they may be, and to ease them as they continue to fight in an eternal struggle of living as a sexual minority.

The doves had cried out for justice, but today, they sang out of joy.

Unbelievable for Najib to turn a blind eye to millions deposited into his accounts, court told

Bali bomber could be released in days, law official says

Prosecution wraps up submissions in SRC appeal, nothing from Najib's team

Najib never questioned to and fro of funds from his accounts, court told

Unbelievable for Najib to turn a blind eye to millions deposited into his accounts, court told

Prosecution wraps up submissions in SRC appeal, nothing from Najib's team

Prosecution to continue with oral submissions in Najib's SRC appeal