An economic recession is underway in the international economy which over-aggressive monetary policy could make worse, extending it to an international financial crisis from which no country can be insulated.

Iran to halt flights to Malaysia over US fuel sanctions

Views on the prospects for the economy in Asia are quite polarised. The “optimists” forecast economic growth at or close to the potential, both in 2022 and in 2023. The “pessimists” forecast a slowdown with consistent under-performance in 2022 and possible stagnation or even recession in 2023.

In other parts of the world such as America or Europe, the gap between the two groups is narrower since both groups of forecasters expect a more consistent slowdown of the economy in 2022, bringing the expectations of the growth forecasts for each camp closer to each other.

Yesterday, the US Bureau of Economic Analysis released the much anticipated estimate of US GDP for Q2 2022. The numbers showed a second consecutive contraction of the economy on a quarterly basis with a 0.9% Q/Q annualised contraction, following the 1.6% Q/Q in Q1. This signals what is called “technical recession,” according to an old and very pragmatic definition introduced by the US Federal Reserve.

The official definition of a recession is more complex and based on the consideration of a much wider set of data and more stringent criteria that need some to be established over many quarters. So officially, the US has not called a recession yet even though the numbers are already in.

Definitions apart, is important to analyse the implications of these numbers for the future evolution of the economy and the financial market. In this respect, there is an interesting point in common between Asia and America.

The optimists in America think that we are not in a recession, due to the relative strength of the labour market and the strength of the consumption component of GDP which rose 1% Q/Q in 2Q.

The same consideration holds in Asia, where the good dynamics of private consumption and the strong labour market are highlighted by optimists, stressing the momentum of the economy that should keep the economy on a solid growth path.

We position ourselves among the so-called “pessimists.” We focus our analysis mainly on the contraction of inventories and the weakness of corporate profits and investment, rather than on consumption and the labour market. We put a profit recession that is unfolding in the US at the centre of our analysis. The profit recession has clear implications in terms of economic and financial prospects.

The huge increase in oil prices and other raw materials in recent months squeezed the margins and profits of businesses. When the increase of costs is not fully passed through to the final price, this implies a contraction in profit margins. When it is fully transferred to the price, it can lower sales. The combined effect of these two mechanisms is a contraction in profits.

We saw this pattern at work several times in economic history, both in the first and in the second oil shocks, as well as in 2000 when it caused an international recession. The contraction in profit reduces the “flow of fuel” arriving to the investment engine of the economy which affects the rate of growth of the economy and pushes it into a recessionary phase.

In a second round, the more moderate rate of growth of the economy impacts private consumption and the labour market, enhancing the weakness and causing the contraction of the economy to continue over time.

In the US 2Q data, the contraction of inventories cut the overall figure by 2% Q/Q. Some economists say that when we account for using up stocks, the overall contraction should not be considered as a recession.

By contrast, since inventories are a part of the recession picture, many times in history a sharp decrease in inventories induced the start of a recession, creating a shock in sales and profits at the same time.

In Asia and in Malaysia in particular, we recently saw an extraordinary build-up in inventories, creating the possibility of a recession when an adverse international scenario unfolds even in a strong and dynamic economy. When inventories build up, companies slow production until they are sold. If they do not sell, they are discounted in fire sales.

Finally, a profit recession plays a fundamental role in sharp stock market contractions. A recent global fund manager survey by the Bank of America reported global profits optimism (net of the % of expected increase vs decrease of corporate profits) at its lowest level since the second half of the 1990s. 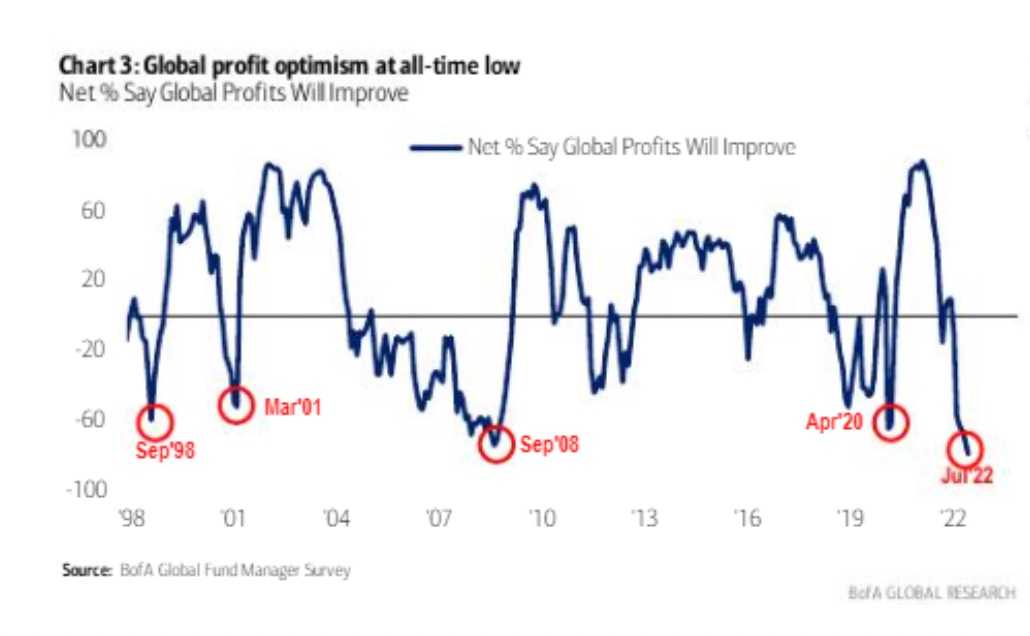 The decline in profits and the increase in risk aversion among companies brings a very defensive stance in which cost-cutting is the most common strategy with cutting investment as the first choice. On the other side, the same factors push a sharp contraction of the stock market, a phenomenon that we are already observing, although it is so far moderate compared to the potential downside.

This scenario should make the Federal Reserve more prudent before proceeding with aggressive interest rate rises. The fragile economy, the negative wealth effect and higher interest rates could exacerbate the weak housing market and bring a full perfect storm with a real recession inducing a financial crisis. The combined effect would be a full-blown international recession. No country would be exempt from this negative scenario.

'Doesn't sound like a recession': Biden optimistic despite economy contracting

Inside the Boustead Naval Shipyard