Malaysians take to humour after Anwar says ready with numbers

Others recall a similar claim the PKR leader made in 2008.

Shock and excitement over the possibility of yet another government collapse quickly turned into an explosion of online sarcasm and humour, just hours after Anwar Ibrahim’s stunning announcement that he had support from enough MPs to topple the six-month-old Perikatan Nasional (PN) administration.

Social media users were quick with their creativity as statements of both derision and support for the PKR strongman trickled in, with many recalling a similar claim made by Anwar 12 years ago.

Former prime minister Najib Razak was among the first to pour cold water on Anwar’s claim, posting on Facebook a picture of a trolley filled with packets of the Super Ring snack.

“It is times like this that we must keep enough stock,” he wrote.

The Super Ring brand found a place in the country’s stockpile of political humour this year after a pro-Pakatan Harapan protester said some Malaysians were so indifferent to local politics that they would munch on the snack while watching developments unfold.

At noon today, Anwar, accompanied by his wife and several PKR leaders, announced that he had a “strong, formidable and convincing” majority to form the federal government.

He also claimed that an audience with Sultan Abdullah Sultan Ahmad Shah yesterday for him to show proof of the MPs’ support for him had to be cancelled as the Agong was seeking treatment at the National Heart Institute.

Internet users were quick to poke fun at this, circulating several doctored pictures of Anwar taking his oath before a framed portrait of the Agong.

A statement from Istana Negara confirmed that a planned audience was cancelled.

But internet users were quick to poke fun at this, circulating several doctored pictures of Anwar taking his oath before a framed portrait of the Agong.

Another picture showed Anwar, his head covered with a white cloth, apparently wiping the monarch’s portrait.

The image was extracted from a Facebook photo Anwar had posted, showing him helping with household chores ahead of the Hari Raya celebration during the lockdown in May.

“Keep calm. I am arranging the Cabinet to form the government,” read the caption of a poster showing Anwar browsing through the books in his private library. 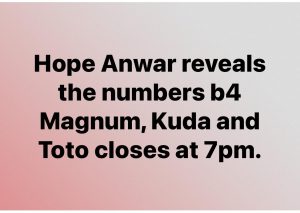 Others recalled the mammoth gathering on the eve of Sept 16, 2008 – the deadline which Anwar had fixed for a change of government through massive defections from the then-ruling Barisan Nasional administration.

Anwar later said that many of the MPs had backed out at the last minute despite earlier giving him their support to become the prime minister.

Dr Mahathir Mohamad, who also recalled the episode, was today quoted as saying that Anwar’s announcement was not the first time he had made such a claim.

“We will have to wait to see if this is another episode of making claims that cannot be substantiated,” the two-time prime minister told The Edge Singapore.

Anwar today said a future government under his leadership would be dominated by Malay and Bumiputera MPs but with “fair representation of all races”, seen as his response to criticism that he would not get enough Malay support.

While Amanah and DAP expressed support for him, ruling MPs from Bersatu, Umno, PAS scoffed at his claims, questioning the number of Malay MPs in his bloc. 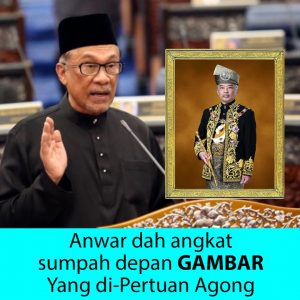 Greater Malay representation is often seen as critical to the survival of any government, with some attributing the downfall of the PH government in February to a lack of such support.

At that time, Muhyiddin’s bid to lure more Malay MPs from Umno drew protests from Mahathir.

“So DAP and Amanah willing to work with Zahid? Najib?” she asked in a tweet, referring to the former leaders. “Just need clarity. Or is everyone playing games?”

Social media users up in arms after Umno sacks Khairy