The education sector received the largest allocation of more than RM67 billion in the 2022 budget tabled by Finance Minister Tengku Zafrul Aziz in the Dewan Rakyat today. 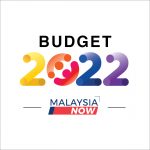 Provisions have also been made for some 600,000 undergraduates from poor families to receive tablets. A total of RM450 million has been set aside for this, in addition to pledges by telecommunication companies for a further RM65 million.

Meanwhile, RM450 million has been set aside for early school aid of RM150 – an increase from the RM100 allocations given before. This is expected to benefit some three million eligible students.

RM1 billion has been channelled for school maintenance and repair work, including RM140 million for Jakim to maintain tahfiz schools and other religious centres – an increase from RM100 million set aside for 2021.

Another RM120 million has been allocated for the maintenance of more than 10,000 schools under the education ministry. This is expected to benefit some 1,800 Chinese and Tamil national-type schools.

Another RM746 million has been set aside for the upgrading of dilapidated schools, a large number of which are in Sabah (122) and Sarawak (165).

Meanwhile, RM50 million will go towards the government’s special education programme, among others to fund the purchase of teaching equipment and improve facilities for special needs schools.

RM400 million has been allocated for the provision of milk each day under the government’s food scheme for students from low-income families.

More than 400,000 teachers meanwhile will receive RM100 as tokens of appreciation for their service during the home-based teaching and learning period necessitated by the pandemic.

The government also intends to extend the special individual income tax relief of up to RM2,500 for the purchase of mobile phones, computers and tablets until Dec 31, 2022.

Zafrul also announced discounts for the repayment of National Higher Education Fund Corporation or PTPTN loans from Nov 1 to April 31, 2022.

Meanwhile, those who repay their loans through scheduled salary deductions or debit will receive a 10% discount.

Another RM6.6 billion has been set aside to strengthen the TVET sector, with an additional allocation of RM200 million for joint venture programmes with industries including the National Dual Training Scheme and industry certification programmes.

Over 500,000 PTPTN borrowers yet to repay their loans

97.5% of teachers fully vaccinated as of end-October

Back to school but not necessarily the canteen