Allocations for six states exceed 30% of the entire budget for development. New cases back over 2,000 but recoveries still ahead

The agreement will avert the need for lengthy clinical studies if authorised vaccines are adapted in future, as long as the manufacturers offer 'robust evidence' of their potency and safety.
Read more
News

Police say he will be remanded under the Dangerous Drugs Act 1952.
Read more

Budget 2021 saw nearly all states in the country receive an increase in allocations with Sabah and Sarawak given the biggest shares. 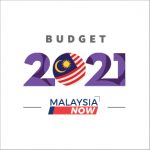 Zafrul said total allocations for the six states with the lowest income exceeded 30% of the entire budget for development.

Kelantan, Kedah, Terengganu and Perlis also received high allocations although the allocation for Perak was reduced as the defence ministry’s project in Lumut was not seen as having an impact on the people as a whole.

The Economic Planning Unit will conduct annual reviews for project approvals to ensure that development projects run according to plan.

The Implementation Coordination Unit meanwhile will be tasked with monitoring the progress of current and future development projects in each state.

The Laksana unit under the finance ministry will also monitor projects, especially measures under the government’s stimulus packages, to ensure optimum outcomes and value for money. Over half of Malaysians struggling to meet expenses with current income, survey shows

A similar number say they are dipping into their savings to make ends meet.
Read more
News

Muhyiddin Yassin says the increase in investment reflects the confidence of foreign investors in continuing to make Malaysia their destination of choice.
Read more
News

But a slowdown in China underscored the challenges facing the region as it seeks a sustainable recovery from the Covid-19 pandemic.
Read more
News

No change reported in overall asking prices for the final quarter of 2020, with the property market expected to improve considerably in 2021.
Read more